NOT JUST FOR BOYS: WHEN AUTISM SPECTRUM DISORDERS AFFECT GIRLS

June knew from the time that her first-born was a baby that there was something different about her. Her daughter reacted to the world with more intensity. She threw a mighty tantrum as a toddler when June couldn’t draw something on a magnetic drawing toy correctly.

June’s daughter didn’t speak until age two, and then her words came tumbling out in complete, well-formed sentences. In elementary school, she was bullied, she ran away, and she disrupted the class. She could not make friends.

Determined to find help, June raised her concerns with school personnel, psychologists and a doctor. They said her daughter was “quirky” and bright; some said she had attention deficit, “executive function” or “sensory processing” problems. But it would take several years before she was finally given the diagnosis that explained everything: Asperger’s Disorder, a milder form of autism.

IS AUTISM SPECTRUM DISORDER (ASD) IN GIRLS UNDERDIAGNOSED?
An autism diagnosis is relatively rare in girls; Asperger’s is even rarer. Boys outnumber girls with autism by 4 to 1; in “high functioning autism” and Asperger’s, the gender ratio is estimated to be 10 to 1.1

For years autism was seen as primarily a male disorder, certainly not the only developmental disorder to affect more boys than girls. But some researchers are asking whether girls with ASD are going undiagnosed, especially those at the high-functioning end of the spectrum like June’s daughter?

Do girls simply do a better job masking their symptoms? Are their symptoms being missed by diagnostic tools that may be better suited to boys? As researcher John N. Constantino M.D. put it, are doctors looking at girls through “boy-colored glasses”?

One psychologist said girls are being under-diagnosed. “Girl can slip under the radar. Their autism looks different,” said Shana Nichols Ph.D., whose practice in New York includes girls like June’s daughter who are often diagnosed later than their male counterparts.

“There is a prototypical profile of autism which is primarily based on male autism, “said Dr. Nichols, author of Girls Growing Up on the Autism Spectrum. “All the research up until recently has been based on a male prototype.”

There is less research on girls because there are fewer girls with the diagnosis. In an oft-quoted interview in 2007, Ami Klin Ph.D., director of the Yale Autism Program, said that girls with autism were “research orphans.”2

A “MALE” CONDITION, OR A GENDER BIAS?
One theory of autism seems to reinforce the view that autism is at heart a “male” disorder. Researcher Simon Baron-Cohen and others theorize that autism is the result of an “extreme male brain.” Their brains are geared more heavily toward ordering things (considered a male trait) but not empathizing with people (a female trait). According to this theory, autism affects more boys than girls because it takes fewer changes in their brains to push boys into the realm of autism than it does for girls.3

But tying the symptoms of autism to maleness may make it harder for girls with ASD to be recognized and diagnosed. Girls with ASD symptoms may not get a diagnosis because of “sex stereotyping,” one journal article predicted.4

Another study, published in 2012, tried to determine if girls were being under-diagnosed. Using data from the United Kingdom, researchers compared children who met the diagnostic criteria for ASD with children who didn’t have an ASD diagnosis despite having similar scores on a test that measures autistic traits.1

Girls who met the diagnostic guidelines for autism were more likely than boys with ASD to have additional learning and/or behavioral problems, they found. Researchers theorized girls with high levels of autistic traits – but without behavior or learning problems — may be missed by the tools used to diagnose ASD. That may be due to a “gender bias” in diagnosis or because the girls are able to adapt better to their condition than the boys.1

Dr. John Constantino photo Dr. Constantino
Among other things, the UK study highlights the need to develop tools that take gender into account in the process of determining if a child has autism, according to a recent editorial by John N. Constantino M.D. and Tony Charman Ph.D.5

Just as pediatricians use different growth charts for boys and girls, they may need measurement tools for detecting autism that are different by gender. “A girl, who is very tall for a girl, may not look that tall if measured with the boys’ growth chart. In the same way, a girl who scores very high for a girl as far as ASD traits may not look that impaired when compared to a boy with ASD. But she is still scoring extremely high compared to the rest of the girl population, and may benefit from clinical help and support,” Dr. Constantino, Professor of Psychiatry and Pediatrics at Washington University in St. Louis, has said previously.

With information from IAN, he led a research team that looked at the brothers and sisters of children with ASD.6 Using a screening tool that compares girls to girls, the team found that about 40 percent of the girls with “very high” levels of autistic symptoms had not been diagnosed with ASD. The research suggests that the true gender ratio may be closer to three boys for every two girls.

Boys still outnumber girls across numerous varieties of ASD that run in families. This suggests that girls have “protective factors” that keep them from developing autism, even when they inherit the same autism susceptibility factors that affect the boys in their families, Dr. Constantino explained. They might nevertheless transmit such susceptibility to their children, he said.

“In this scenario, most, but not all, girls are protected from most, but not all, forms of autism,” Dr. Constantino said. When girls lack such protection, whatever it may be, they tend to develop a more severe form of ASD. Studies have shown that girls with “classic” autism generally have lower nonverbal intelligence than boys.7

DESCRIBING DIFFERENCES IN BOYS AND GIRLS WITH AUTISM
Teen girls with homeworkA Swedish study looked at a revised version of an autism screening questionnaire to see if girls with ASD had different traits. The researchers found that girls with ASD were more likely than boys with ASD to avoid demands placed on them, to be careless with their appearance and dress, to interact mostly with younger children, and to be very determined. Boys were more likely to lack a best friend, according to the study, published in 2011.8

Another interesting difference: A monotone or “robot-like” voice is considered fairly typical of boys with Asperger’s or high-functioning autism, but not so with girls. Instead, the girls were more likely to speak in a high-pitched, childish or hoarse voice.8

Psychologist Tony Attwood has also noted this difference in some women with Asperger’s. “Their tone resembles a much younger person, having an almost child-like quality,” he stated in Asperger’s and Girls.9

Whether due to culture or biology, girls in the general population are often less aggressive than boys, according to Dr. Attwood. That means girls with ASD are less likely than boys with ASD to have behaviors that trigger a referral to a psychologist or psychiatrist in the first place.

Dr. Nichols said girls with ASD tend to be more passive, anxious and depressed, while the boys are more likely to be active, busy or angry. “Some of the data suggest the girls are stronger at imitating [others] than the boys are. They are also socialized into imitation through doll play and social interactions by nature of their gender,” she said.

The social difficulties of a passive girl may be discounted by her teachers and parents. A girl’s failure to make eye contact may be mistaken for shyness, coyness or naiveté, rather than seen as a sign of ASD, according to Sheila Wagner, M.Ed, of the Emory Autism Center.10

Many people with autism have special interests – an intense absorption in a subject or thing. Here, too, girls may escape notice more than boys because their special interests – dolls, animals and unicorns, for example – may “simply appear to be age-typical” of girls, Wagner stated.10

Young girls with Asperger’s “are often ‘mothered’ by other girls,” who guide them through social situations, according to Dr. Attwood. This helps those girls blend in during childhood.

Some research of “higher functioning autism” suggest that boys have more social communication problems as young children, while girls show more social problems in the teen years and beyond.11

Is that because their mother-hen friends drift away, leaving the girls to fend for themselves in the socially complex world of teen girls, where aggression takes the form of eye-rolling and cliques?

Dr. Nichols thinks so. By middle school, “mother-hen friends are now looking out for their own social status. Compared to boys, the social world for girls changes much more dramatically. There’s an emphasis on conversing and having a best friend,” she said. “We see a lot of girls for first diagnoses in the preteen years, ages 10 to 13.”

June, whose daughter is now 15, said she believes women with ASD may find themselves at a disadvantage because of their gender. “There is a lot more tolerance of Asperger’s in men than women as they get older. Women are expected to multitask and to meet the needs of other people. It’s much more accepted that men can be reclusive and focus on one thing at a time,” she said.

“Years ago a mom was talking about her daughter with Asperger’s. She said she lives her life behind a plexiglass wall. She sees everyone having this life, but she doesn’t know how to go through the wall and join them. That’s true for many people on the spectrum,” she said.

Note: “June” is a pseudonym used to protect her daughter’s privacy. 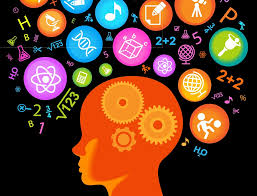 Working Memory: a better predictor of academic success than IQ?

Mindfulness for Kids with LD’s 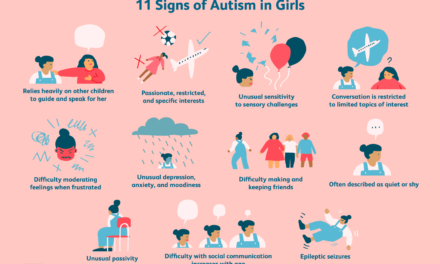 Autism in Girls: the latest information 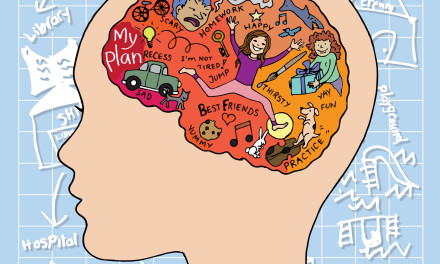 Why Your Students Can’t Stay Seated, Organized, or Focused (And What To Do About It)